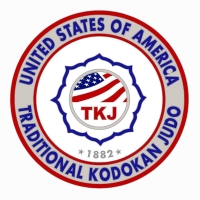 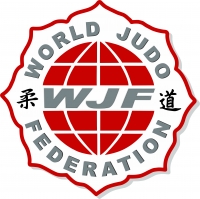 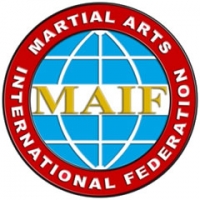 The Weekend began on Friday with check-in including weighing, uniform inspections and final registrations. Later in the evening, match brackets were prepared, a competition rules orientation was provided and lastly, meetings for the officials. The competition and award presentations were conducted on Saturday.

Competitors & officials from across the USA and several other countries from as far away as Nepal travelled to these Championships to participate.  Approximately 200 competitors and hundreds of spectators attended the event at the St. Albans High School, St. Albans, West Virginia.

The Championships were hosted by the USA Martial Arts Center with Mr. Roger Jarrett, President of USAMAF, as the Event Host, and Mr. Bruce Bethers, President of USA-TKJ as the Tournament Director.

VIP Officials included Mr. Jaime Casanova, (Dominican Republic) President of WJF, and Dr. Paul Hoglund, (Sweden) President of MAIF & Senior Vice President of WJF.   Dr Hoglund gave a speech on the Importance of the World Movement of Sports For All, and in particular – Judo for All..!! The WJF is an International Member of The Association of International Sport for All (TAFISA) and USA Traditional Kodokan Judo is a National Member of TAFISA.  USA Traditional Kodokan Judo (USA-TKJ) is the National Governing Body for Judo with the Pan American Judo Union (PJU) and the World Judo Federation (WJF).

We believe the Championships were an exceptional success and were very well received by all. Everyone who participated commented that they felt the warmth and friendly atmosphere within the tournament. And several sensei stated they would be back with “twice as many competitors next time”..!!

Traditions and event formalities as required by USA-TKJ, MAIF and WJF were upheld by the competitors and the spectators. This was positively noted by all attendees.

USA-TKJ looks forward to continuing to promote Traditional Kodokan Judo thru the global campaign of “Judo For All”, working with all judoka who are focused on the principles of its Founder – Dr. Jigoro Kano:

Moving Forward Yet Embracing the Past – Congratulations To All..!!

View the embedded image gallery online at:
https://judoforall.org/component/k2/usa-traditional-kodokan-judo-usa-tkj-tournament-report#sigProId2e3fcd3432
More in this category: JFAUK Junior Championships Report »
Login to post comments
back to top